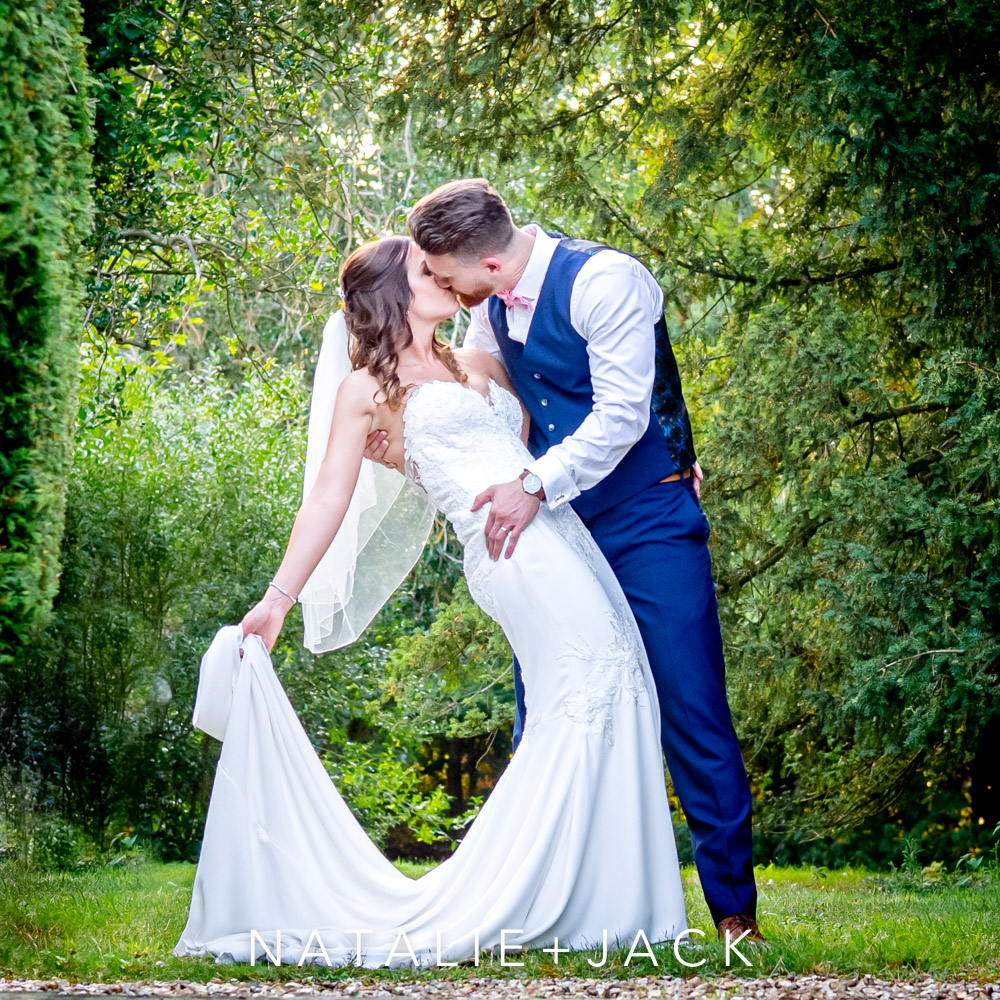 will you go out with me?

OK YES OR OK NO

What does OK normally mean?

Yes? So does this mean we are going out?

The transcript was also narrated and shared by Jack to all the guests during his speech and had everyone (including myself) laughing with so much joy. There was no doubt in my mind that I had to ask Jack for this transcript, so that it could be featured in their journal.

Natalie and Jack wanted their special day at Swynford Manor, near Newmarket. Swynford Manor is an exclusive wedding venue with outstanding detail internally and a creative blank canvas externally, to suit pretty much all styles. As this was my debut here, I had to impress with my style.

On a hot sunny morning at 8am, I arrived at Swynford Manor and carried out one last recce for about 15 minutes. I wanted to familiarise myself with the surroundings and to have a “circuit” installed into my brain. When I got back to my car, a white car pulls up next to me. It was the main lady herself, Nicole, who was pleasantly surprised to see me so early. From 8am, until the last sparkler went out, she was impressive. Nicole is such an asset to Swynford Manor and to anyone’s wedding, being attentive, happy to help and always magically appearing everywhere.

Later that morning Natalie arrived with team bride. I told her to bear with me and I pulled out my soft cuddly bear from my back pocket! Natalie paused for 2 seconds and started laughing at my subtle joke. I have no idea why I brought the bear along to the wedding as he only comes with me on my holidays. His name is “the Doctor”. I then began to take photographs of the finer details such as the rings and shoes, whilst the styling was being done on the girls. Our maid of honour and our bride’s sister, Chloe, was very sweet by making me breakfast! I also had the chance to photograph Jack and his crew getting ready too, as they arrived a couple of hours before the ceremony.

Swynford Manor’s internal designs are absolutely stunning. With giant copper victorian baths in each room, chic-meets-country decor and a crisp reception room, this venue knows all the notes to hit. However, you still need a team to run it and Nicole wasn’t alone. The staff were sublime, including the most amazing chef! I cannot believe the al a carte food of this standard is just being catered JUST for weddings?

A lot of plus points have been mentioned about for the interior of Swynford Manor, but what about the externals? Well, if it’s gardens and colours you want then this isn’t it. However, do not let this put you off. It has open lawns, a mixture of trees (Autumn colours would make this amazing), A pergola, a nice run of victorian style lamp posts, romantic stone steps to the rear and good looking approach too.

It is all very well that we never want rain on a wedding day, but 37 degrees celsius in humid conditions is another extreme. We decided to delay the bride and groom shoot until early evening. Even the formal shots had to carefully positioned due to the heat, sharpness of the light and contrasting shadows. As a professional photographer, I have to make decisions and make them flow and never hesitate to change a plan too. You see the clouds and the constant movement of the sun can make locations look different every second.

After the wedding breakfast, it was time to take Natalie and Jack for their bride and groom shoot. The lighting is golden and gave a lovely glow to the photography. Natalie’s dress from Pronovias was absolutely magnificent and heavy too. With a mermaid style finish and huge train, this dress turned our bride into a goddess. Starting with a few tree shots, I took the couple round the back where there are these stone steps with regency styled pots. Then there were two main photos requested, photos of the couple in the victorian bath and a candid bar shot. The bar shot does become difficult in the evening when it is the only bar available for the guests but we pulled it off alright.

As dusk set in, it was time for 2 things; sparklers and my surprise. Natalie and Jack wanted some photographs with sparklers. So, I voted for 4 guests to take part, which included Chloe. I had to tried each one to make a sparkler spell a letter backwards so that they would all eventually make the work “LOVE”. When we completed this, it was time for my last long exposure shot under the pergola using my lighting kit.