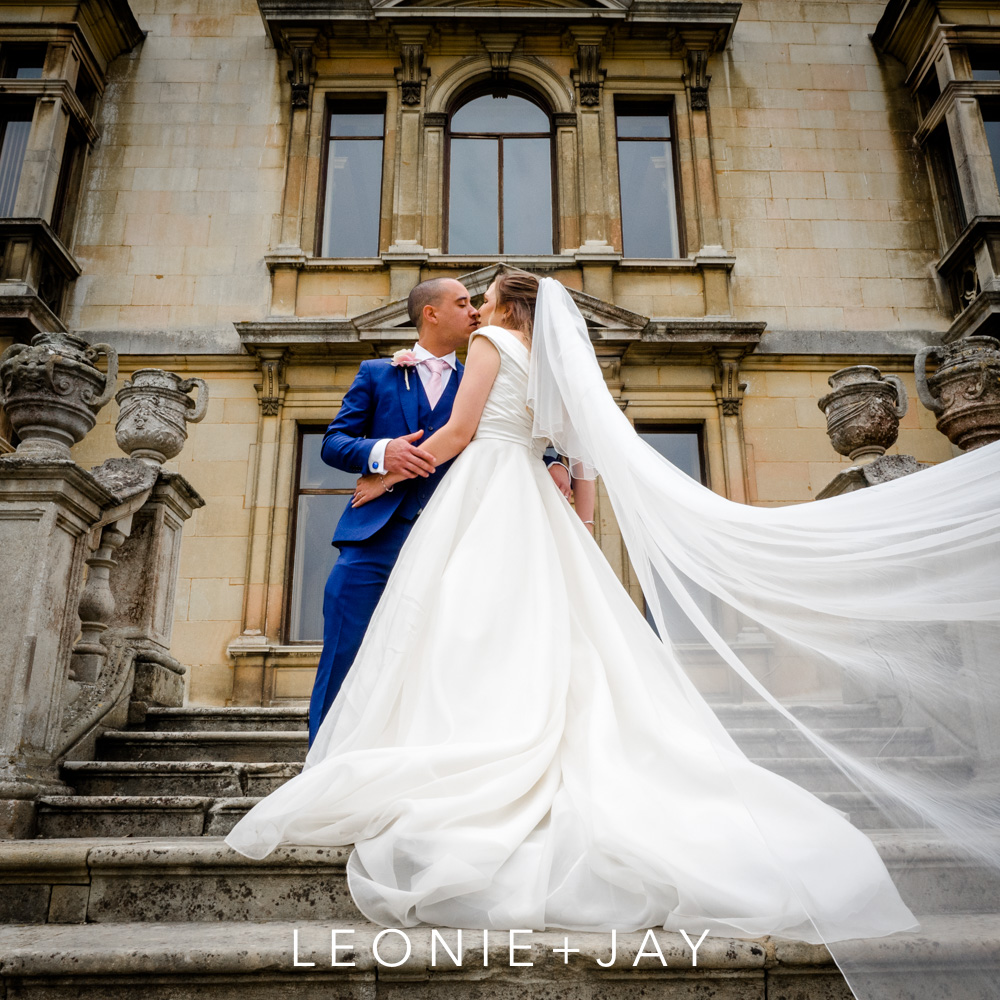 I have always been about contrasts to compliment the beauty in something. Everything in life has an opposite within its own spectrum, so whichever end of the scale you want to optimise, make sure you expose the lower end of its scale. Basic examples would be light and dark, black and white, and life and death, Thorpe Hall is a specialist palliative hospice, not your usual wedding venue choice, but where contrasts are concerned, it is the perfect location. It welcomes the visitor with its grandeur of a building, whilst giving comfort with its splendid avenue and grade 2 listed gardens. Built in the 17th century and with a history of being some form of hospital, Thorpe Hall was acquired by the Sue Ryder Foundation in 1986. This stunning wedding venue, although giving end of life care, funds the hospice through happiness too. All funds from weddings goes straight to the hospice, a reason why Leonie and Jay wanted their wedding here.

Leonie and Jay booked me over and year and half before their wedding date. In fact, they both liked my photography so much that they booked me before they booked the venue! They literally watched my style and photography evolve. I had done two fashion shoots at Thorpe Hall before their wedding day, one cosplay fairy themed and the other bridal fashion. Recces are a must, but to combine a shoot with a recce is even better.

The wedding breakfast and evening celebrations were to be held at The Bell, in Stilton. This is where I started off in the morning, as Leonie stayed there the night before the wedding.  My dedicated followers know full well that I am fascinated by cathedral length veils, and Leonie, to my delight, had such veil. Each photographer has a signature style and something unique to them. The veil’s dynamics and the way I frame my compositions using the veil forms a fundamental part of my style.

When I arrived at Thorpe Hall, I was met by a very excited and handsome groom, Jay. His bride was en route and his groomsmen were busy keeping the party organised. Vinny, the usher, was orientating the day, like a master of ceremony and he did an ultimate job. At the top end of the aisle, Jay was still smiling excitably and as the doors of the ceremony room opened, Kayla and Elsie (Leonie and Jay’s children) made their entrance, followed by the glamorous bridesmaids. Then, the very beautiful bride, Leonie, and her father, walked down the aisle. I always wonder what goes through the mind of the bride as she makes her entrance and walks down the aisle. So what’s the best way to ease the mind of this type of question? I simply asked the bride after the wedding what it was like. Leonie told me that she couldn’t wait to marry Jay and she was never nervous about marrying him, just nervous about all the people looking at her as she walked down the aisle.

After the ceremony, there was a blissful confetti shot. There is also a very candid and comical confetti shot too. In one of the shots, a groomsman in the background is throwing confetti at the groom’s brother Nat’s hair. When the confetti throwing had finished, it was time for a masterpiece of bride and groom shoot. There was something special about this shoot, I had an assistant, Kayla. I believe this makes things very special to know that Leonie and Jay had their little daughter help out with the photography. Let’s not forget little Elsie too! As I took the last shot at Thorpe Hall, it started (and never stopped) to rain.

Arriving at the very wet hotel, The Bell, in Stilton, awaiting everyone, was a very deep, unrehearsed speech by one of the groomsmen, Dave. His speech put nearly everyone in tears and one of the photos in the gallery reflects his moving words. It was one of the best speeches I have ever heard, it just came from his heart.