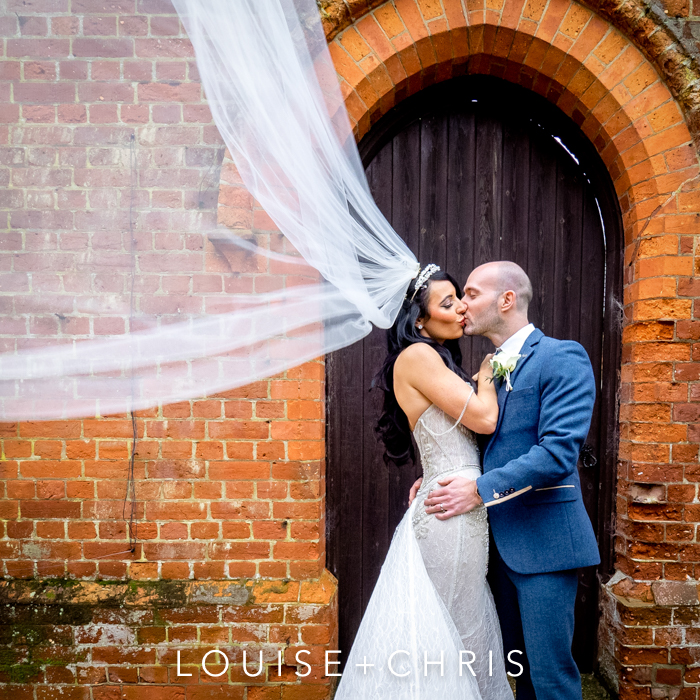 Last year, I started receiving bookings for a venue that I had not heard of before. And yet, it is only 10 minutes from where I currently live. So, I was wondering, how could such a gorgeous wedding venue suddenly pop up? Whether I was at a wedding fair or receiving a customer enquiry, Holmewood Hall was the most chosen wedding destination. So, where has it been all these years? Well, to be more refined, where has it been since 1769!

In 1769, the present day Holmewood Hall was built by the Wells family. It is known that there may have been houses on the site that pre-date this, but William Wells commissioned the building in 1873 of much of the hall that we see today. Wells was a Liberal Party politician who sat in the House of Commons and married Lady Louisa Wemyss-Charteris, the daughter of the Francis Wemyss-Charteris, 9th Earl of Wemyss in 1854. They had no children and after the death of William Wells, in 1889, the house came to Lord de Ramsey, of Ramsey Abbey. Then in 1902, the house came to the hands of John Ashton Fielden.

So where are the wedding planners and the wedding bells? There were two more services that Holmewood Hall had to provide before the “I do’s”. Firstly, Known as Area H, the venue played an important role during the second world war. It was used by the OSS (United States Office of Strategic Services) for packing airborne containers to be parachuted into occupied Europe. According to sources, Holmewood Hall was even used by agents prior to departing on their secret missions. Many parts of the packing buildings remain in the area around Holmewood Hall. In December 1944, the Americans left the site in a terrible state, and a descendent of William Wells, Sir John Wells, purchased the hall in an effort to restore it to its former glory. Unfortunately, the condition of the house was so bad that he did not have the means to do so.
But on a sweeter note, British Sugar bought the house and estate in 1951. They intended to use it as a seed and machinery trial headquarters, and then later as a conference centre. It is during this period that the estate is sold off, mainly to the crown. In 2019, Country House Weddings take over the hall with one mission in mind…to create YOUR DREAM WEDDING.

The grounds are stunning and deserve all the superlatives. It has been beautifully designed for a majestic feel. The Hall’s interior is simply luxurious and it feels that each room has its own character. Externally, it is a photographer’s dream and there is so much variety that every wedding will be different in aspects of photography. But a venue is not complete without a team to match its grandeur. Meet Giulia and Tracey, the heart of the wedding team. These two deities of Holmewood Hall are your world of dreams, or in plain terms, your wedding planners. Not only are they in full control of your wedding from morning to the evening, but they are here there are everywhere. They also have a sweet team who serve under their command, bringing you all that you need.

This was my second wedding at Holmewood Hall and coincidently, my third would take place the following day. This was my first wedding of the season, so, let’s meet them! Our bride, Louise, is a personal trainer who specialises in making sure you get those gains. Louise had an very intricate but glamorous wedding dress with heels to match. Our groom Chris is more on the nutrition side of the health and fitness world. So many of my couples have met online and I will never forget Chris’s quote from his speech, “the best £150 you’ve ever spent”. Chris was referring to a subscription cost of the online dating site. It just shows that we live and include technology within our lives. Technology, in my opinion, seems to make a big impact on our lives from physical to fate. Speaking of fate, Louise and Chris gave each other surprise pre-wedding gifts. They had both given each other star related gifts; Louise giving Chris a star named after him and Chris giving Louise a poster of the star chart on the day and location of their wedding day.

Louise and Chris made two distinctive changes to the wedding day. Firstly, this may come as a surprise, but they chose not to have wedding cake. The other change to their day was not to have confetti. Speaking of confetti, Holmewood Hall are very specific in which type of confetti can be used internally and externally. Please check with their team to discuss this.

Like I mentioned above, all weddings are different, and the photography will be influenced by the couple. I have another 5 more weddings this year at Holmewood Hall and the photography will all differ. For example, I have done many weddings at the William Cecil, and yet, the photography is different for each couple. However, a lot of my brides know that I do specialise in veil shots, Cathedral length to be precise and Louise was fully equipped with this kind of veil. For those that know my signature shot, know too well that I love veils. With “Storm Dennis” battering Britain, the wind here wasn’t an issue to get the veil going!
I put a controversial post on social media regarding the use of mobile phones during the wedding ceremony. I knew this was a risk to some extent, but things have been getting out of hand with the use of our “extended limb”. I miss the times of the father-of-the-bride walking down the aisle and watching the reactions of the guests, without a mobile phone being stuck out. I miss the times of the newly weds walking down the aisle for the first time and seeing an applause, a high five, a hand shake or just a good human emotion. Now I see newly weds walking down the aisle to a mood killing mobile phone paparazzi. It spoils the vibe in my opinion. My social media post on the issue had a positive response. The brides’s were on my side!

During the speeches Alex, our best-man, gave a great speech, causing amazing reactions from Louise and Chris. I love this period of the wedding because everyone is focused on the speeches. Their eyes and mind focused on the speaker which allows me to get the perfect natural shots of all kinds.

So, to end this gorgeous wedding, I decided to keep the theme of the stars. It was a clear starry night and I took a long exposure shot of the night sky without the couple. I set up my lighting kit in the band stand ready for Louise and Chris to step in. I merged to two photographs together of the night sky and the couple to create a gorgeous star themed shot. Louise and Chris, you are my stars…